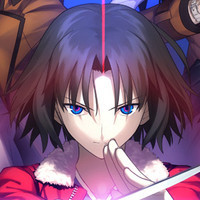 Before ufotable animated Fate/zero, they animated Kinoko Nasu's tangentially connected Kara no Kyoukai: The Garden of Sinners. If you know what you're looking at, you can spot a cross-over in Kiritsugu Emiya's origin story episodes.

Check out the TV promo...