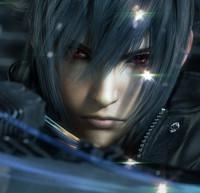 For those of you watching Sony's E3 conference, there were a lot of big announcements, which we'll be covering shortly--but I think this is the one that really meant something for you guys.

I'm honestly really liking the "glam mafia" angle that this one is taking. In addition to the Final Fantasy XV reveal trailer, we also got a short teaser for a certain title that gamers have been asking about since Kingdom Hearts II landed in 2005:

You may begin freaking out now.

Truth of the matter is, I fell out of love with Kingdom Hearts a very long time ago, but I'm actually excited all over again. Final Fantasy XV and Kingdom Hearts III are both coming to the PlayStation 4--will you be picking one up?

"Super Smash Bros." on Wii U and 3DS to Remove Tripping