"Super Smash Bros." on Wii U and 3DS Adds Mega Man to Roster

Next cross-title brawler arrives in 2014 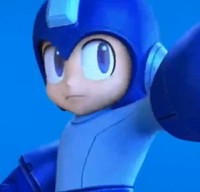 Nintendo busted out some footage of the next Super Smash Bros. game during its Nintendo Direct presentation this morning, but the real excitement came when a new challenger appeared near the end. Mega Man will officially join the lineup when the fighter arrives in 2014.

Super Smash Bros. will be available on both Wii U and 3DS, and the video kicked off by showing another playable character, an Animal Crossing villager, as they were summoned to the ultimate showdown. Check it out below if you missed it.

"Super Smash Bros." on Wii U and 3DS to Remove Tripping