TV anime is slated for next month 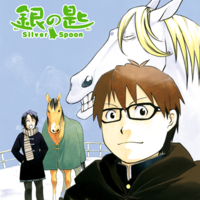 It is confirmed on June 13th that Hiromu Arakawa's Silver Spoon manga will have 10 million copies in print as of July 11th when the 8th volume of the manga is published in Japan. It has spent only 2 years to reach the 10 million mark after the 1st volume was published in July 2011. The manga has printed an amazing 3.5 million copies in 6 months since this January when the broadcast of the TV anime adaptation was officially announced. There is no doubt that the broadcast will boost the sales more. For reference, Arakawa's previous hit manga Fullmetal Alchemist printed 57 million copies with 27 volumes in total.

The TV anime adaptation is produced by A-1 Pictures (The [email protected], Magi: The Labyrinth of Magic , Sword Art Online) and scheduled to start airing on Fuji TV's noitaminA block next month. It is also announced that a singer-songwriter miwa will perform the OP song "Kiss you" and two men jazz fusion unit

Sukima Switch will play the ED song "Hello Especially" for the anime. 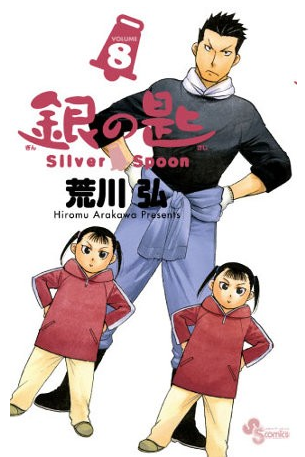