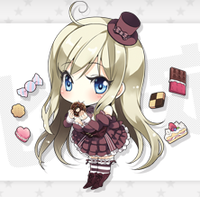 People are noticing the titles of Japanese light novels are getting longer and longer, but this maybe one of the longest. Ore no Nōnai Sentakushi ga, Gakuen Love Come o Zenryoku de Jama Shiteiru, also known as Nokome, will get an anime adaptation for this Fall season and a new key visual of the main heroine, Chocolate, was released on the official site. 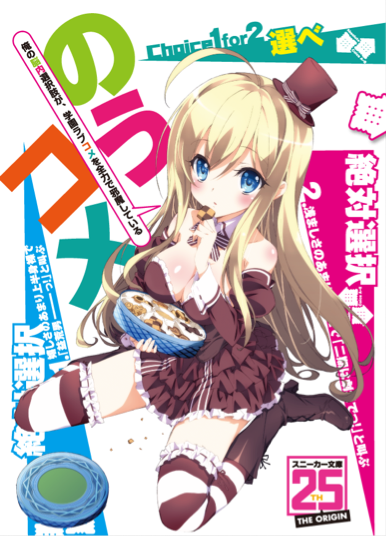 The main heroine, Chocolate, or Shokora in Japanese above.

The main character, Amakusa Kanade (pictured above), is a high school student with far-better-than-average looks, but because of the special power he calls "Zettai Sentakushi", he has labeled as one of the "Okotowari 5 (which means "Nope 5") that result him from expecting any school love comedy action from happening.

"Zettai Sentakushi" gives him an internal multiple choice of two actions in his head, in most cases both are equally humiliating, disastrous and plain stupid, but that forces him to carry out either choice, otherwise he suffers an excruciating headache.

One day, a blond pretty girl, Chocolate, fell onto him from the sky due to one of the choices he made and she says she will give him "missions" to clear from God to save him. 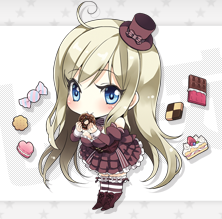 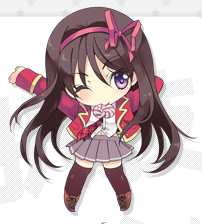 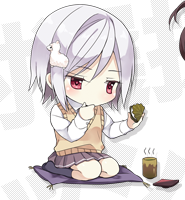 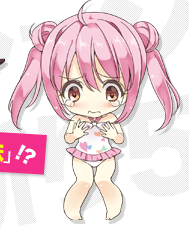 Chocolate and other female characters in chibi form were also posted on the anime official site.