Online Death Threats Made Against "Attack on Titan" Author

Friction between Japanese and Korean fans seen as possible source 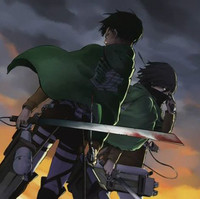 Attack on Titan has proven to be a flashpoint for controversy, and not just relating to production concerns and plot developments. Japanese otaku have been less than pleased by Korean commenters on author Hajime Isayama's site. The flame war heated up when Pixis was introduced into the anime, and his resemblance to imperial general Akiyama Yoshifuru was remarked on and accompanied by accusations of the series' right leaning politics.

These hostilities are being seen as a possible motivation for a rash of death threats being made on Isayama.

On June 28th and 29th Isayama's blog was flooded with thousands of repeated threats that the author would be assaulted and murdered. The harassment also included claims that police incompetence would ensure the messages' originator would not be caught. 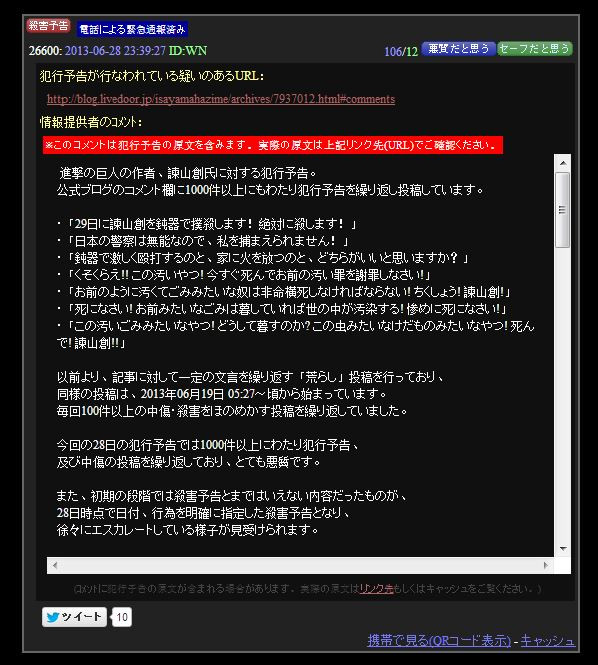 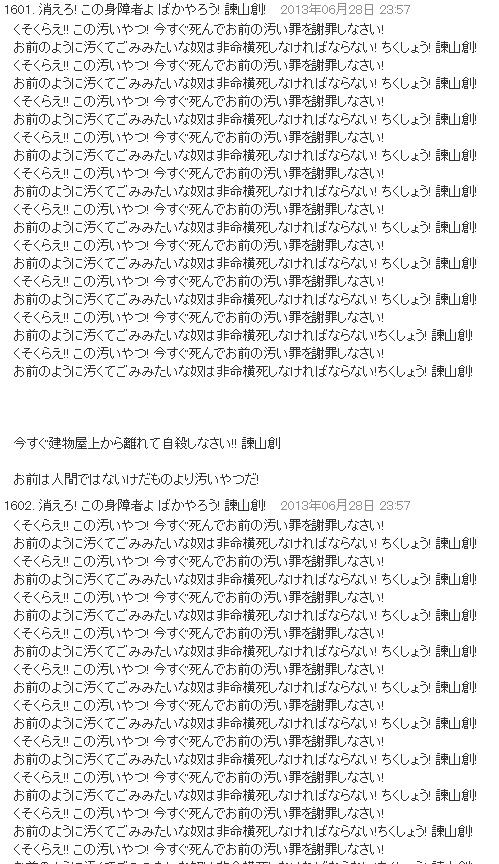 Speaking of Attack on Titan, this was spotted in a Hong Kong democracy protest 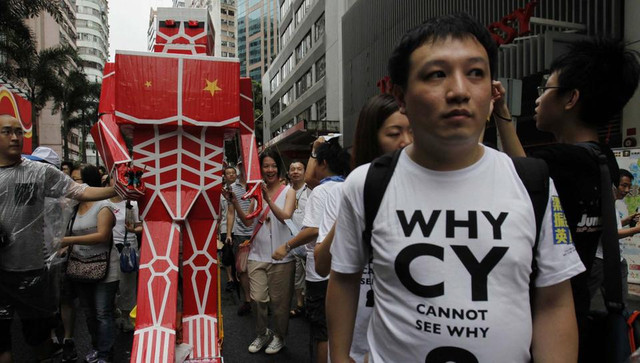