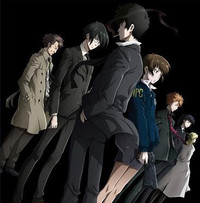 psycho-pass.com  has recently been updated, and an announcement event was planned for September 6th, leading fans of sci-fi anime Psycho-Pass to supposed that a second season was in the making. Well, looks like the guesses were correct because Production I.G's Mitsuhisa Ishikawa confirmed at Anime Expo that production had begun.