Nintendo shares lineup of playable 3DS and Wii U games 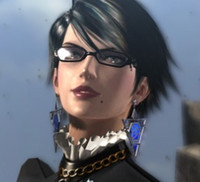 Nintendo is getting ready to show off its upcoming Nintendo 3DS and Wii U lineup at San Diego Comic-Con, with playable games available to try for both those with and without badges. Games like Bayonetta 2, The Legend of Zelda: Wind Waker HD, and Super Mario 3D World will be playable at Nintendo's Pikmin 3-centric booth and the Nintendo Gaming Lounge at the adjacent Marriott.

Here's the lineup of playable titles:

Visitors will also be able to participate in a variety of activities, like popping on masks designed to resemble the characters of Platinum Games' The Wonderful 101. Fans who dress up like them will get a chance to win a Wii U and a copy of The Wonderful 101 when it launches on September 15, and a group photo will be taken on Sunday, July 21 at 2:00pm.