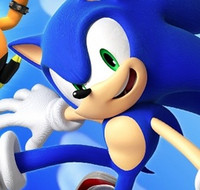 Look, we know all about The Sonic Cycle, but that isn't stopping us from getting excited for Sonic Lost World, which looks like one of the Blue Blur's most interesting adventures. A new "Colors" trailer reveals the October 22 release date for Lost World, along with a bunch of the moves Sonic will have to use to take on his new foes.

Sonic Lost World is exclusively heading to Nintendo 3DS and Wii U. Dimps is handling the 3DS version, while Sonic Team tackles Wii U. Both sport their own style of multiplayer mode.