Developers talk about the advancements made on Xbox One 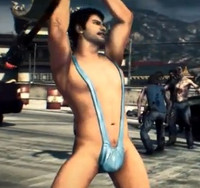 After the reveal trailer some were understandably concerned that Dead Rising 3 would do away with the series' staple humor in favor of gritty realism. That doesn't appear to be the case, thankfully, and a new behind-the-scenes video details some of the open-world advancements made with the upcoming Xbox One entry.