Konami Wants Your Feedback on a "Metal Gear Rising" Sequel

Lengthy survey asks what you liked about the original and more 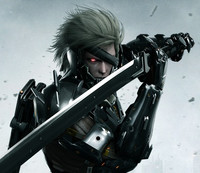 This morning I took a whopper of a survey over at Konami's website, and you should too if you're interested in the possibility of more Metal Gear Rising: Revengeance.

After getting some basic questions out of the way—from what systems you own to questions about your familiarity with the Metal Gear Solid franchise—the survey digs into Revengeance itself. It goes in-depth asking what you enjoyed about the first game and how you were exposed to it, and then asks what kinds of things you'd like to see if they were to develop a sequel.

Was Revengeance "Platinum Games-ish" enough? Would you like to see more human enemies instead of cyborgs? Would you like the playtime to be longer or shorter? How about a bit of romance? Answer all these questions and MANY more (seriously, it's pretty long) over at Konami's survey!

See What Happens When PlatinumGames Does "Super Mario Maker"