Today marks the 8th day of the 8th month of the 88th year if it was the Showa period, which is Hachiman's birthday

The My Teen Romantic Comedy SNAFU official Twitter account was busy posting all the updates from the rebroadcast of all the TV episodes on Nico Nico Douga on Hikigaya Hachiman's birthday! In the broadcast, the trailer for the OVA which will be included in the PlayStation Vita game adaptation of the series was aired for the first time as well.

The OVA will be about the Service Club receiving a request to provide an article for a local magazine about marrige. The club members struggle to come up with the topic and end up battling each other for who would make the best wife. This OVA will be included in the limited edition of the PS Vita title which will be released on September 19th in Japan.

The rebroadcast of all TV episode started at 5pm Japan time so episode 8 wiould air at 8pm. They were hoping to have 80,000 visitors by episode 8, because 80,000 reads "Hachiman" in Japanese, but by that time, the visitor count went way over and reached 100,000 viewers. 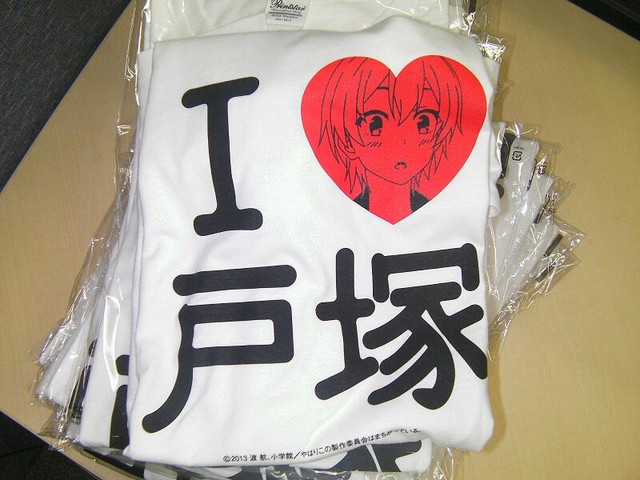 The anime's official staff made this T-shirt, not to celebrate Hachiman's birthday but to show how much they love Totsuka Saika.

Taneda Yuta the artist of the comic version posted this illustration of Saika wearing the T-shirt during the broadcast. 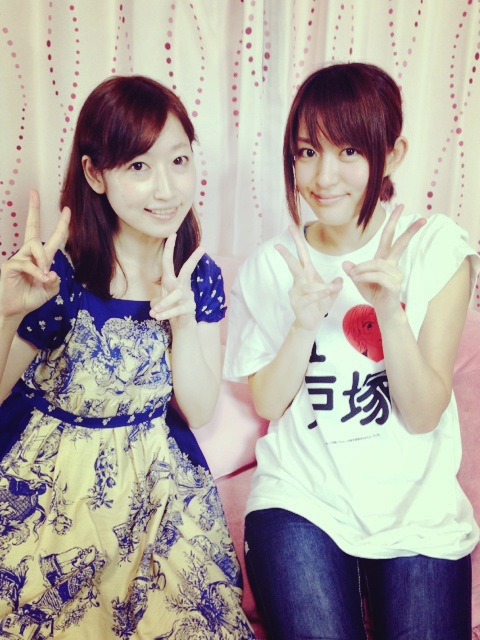 Komatsu Mikako (right) who is the voice of Saika was on another Nico Nico Douga show during the Oregairu broadcast but appeared in that show wearing the Tosuka shirt. 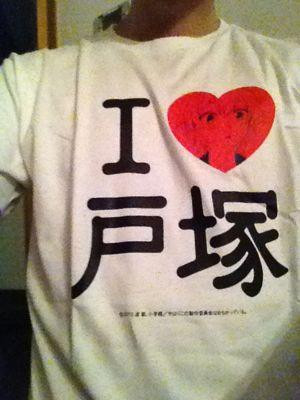 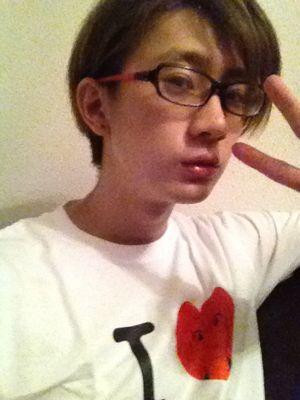 Eguchi Takuya, the voice of Hachiman posted photos of himself wearing the Totsuka shirt to join the festivities as well. 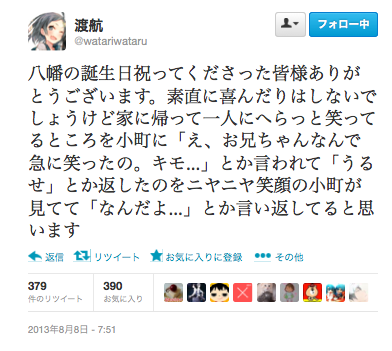 Watari Wataru, the original author of the series made a thank you post to fans who celebrated Hachiman's birthday together by saying that Hachiman would have not shown any emotion at the time of the festivities, but would put on a smirk when he is by himself at home to be discovered by Komachi. As Komachi asks his brother why he is smiling because that's creepy, he would tell her to be quiet only to see his sister smiling as well and say "What's with you....".