In addition to Magical Play, the big news was an extensive list of Sunrise anime 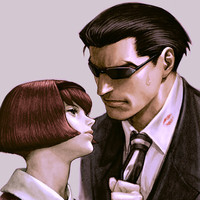 Beyond December release plans, Sentai Filmworks had a list of rescue licenses to announce at Otakon. In addition to Magical Play, a OVA comedy notable for featuring character design by Yosuba&!'s Kiyohiko Azuma, the big news was an extensive list of Sunrise anime, formerly released by Bandai Entertainment.

The following 3 shows will be our very first candidates for the Subttiled Only Blu-ray experiment.  Don't worry, this will not be a trend, but we've been hearing a lot of fans asking about us doing this so we thought we'd give it a shot. :)