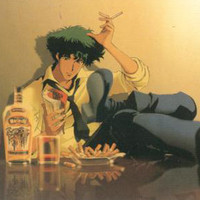 FUNimation announced today during their industry panel at Otakon that they have acquired the rights to the remaining episodes of the Fairy Tail anime series currently in existence (up to episode 175.) In addition, FUNimation revealed the release date for Wolf Children. The movie will be available on Blu-ray/DVD Combo on November 11th, 2013.

During the Sunrise panel, which occurred prior to the FUNimation panel, it was announced that FUNimation has acquired the rights to the following titles:

During their industry panel, FUNimation added that they have also acquired the rights to the following Sunrise titles:

To conclude their panel, FUNimation played a video announcing they have acquired the rights to Cowboy Bebop. This will be the first time that the series will be available digitally and on Blu-ray in the U.S., FUNimation expects to release Cowboy Bebop in 2014.