The thanks to brentalfloss, the video game console wars explode into song in this "School House Rock" parody 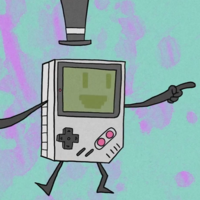 The thanks to brentalfloss, the video game console wars explode into song in this "School House Rock" parody.

SIR GAMEBOY:
Back in the 90's when you bought a new system,
It was basically ready to go!
But those days are gone by, so buddy, don't be that guy
You wanna be the first in line, but I say no, no, no, no, no!
They won't have near enough games, no matter how great they seem,
It takes at least a year or two before they're runnin' full steam,
Yes it's a dirty little trick, so you gotta be staunch, kid:
Don't ever buy a console at launch,
I'm bein' serious!
Do not ever buy a console at launch!

THE KID:
But the video game companies promise all these great games and features within the first year!

SIR GAMEBOY:
Sure, just like presidential candidates. They'll say anything to get your vote, the way game companies just want you to buy their console!

THE KID: Didn't you want a new Wii U?

SIR GAMEBOY: Oh, give me more!

The OS'll be a mess, so you gotta be staunch,
Kid, don't ever buy a console at launch, now sing it with me

BOTH: Do not ever buy a console at launch!

SIR GAMEBOY: That's right!
And even if they release a picture perfect device,
You know that 6-to-12 months later they'll be droppin' the price!
Ain't that some crap? It's a trap, so you gotta be staunch, child,
Don't ever buy a console at launch
(Or Apple product)
But don't ever, never, never buy a modern gaming console at launch,
Don't try it, don't you buy that console at launch!
Yeah!

via The Mary Sue