Like the infamous cronut, this frankenfood is notoriously scarce 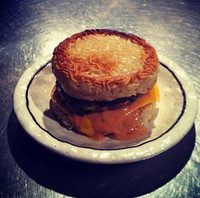 Cronut is a croissant-doughnut pastry developed by Chef Dominique Ansel for Dominique Ansel Bakery in New York City. Supposedly it lives up to the hype, but foodies are sick to their stomachs of hearing about the surrounding mania and the staggering lines to get the limited daily allotments. Ready to become the new food trend du jour is the ramen burger!

Here, New York chef Keizo Shimamoto has customized a dish served many Japanese chain restaurants for palate.  While the Japanese version features a prepared pattty of fried ramen noodles between two hamburger buns Shimamot's used the noodles as the bun, then places a meat patty in the middle.

Like the cronut, this frankenfood  is notoriously scarce. There are impressive lines to get one, and people tracking events at which limited quantities are offered. 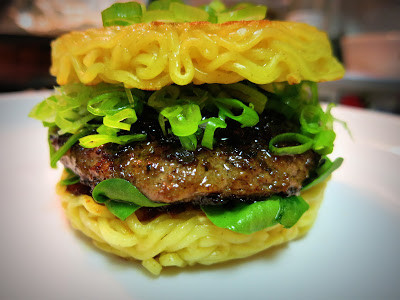 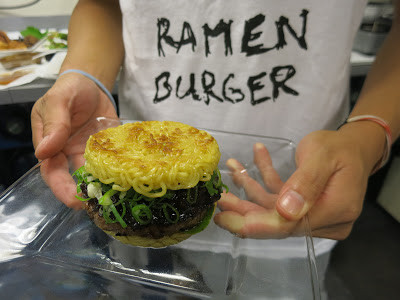 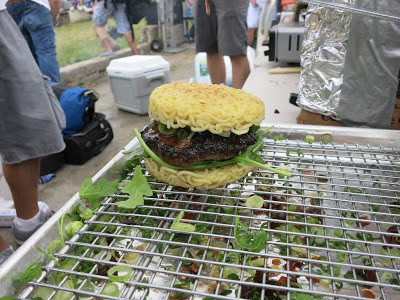 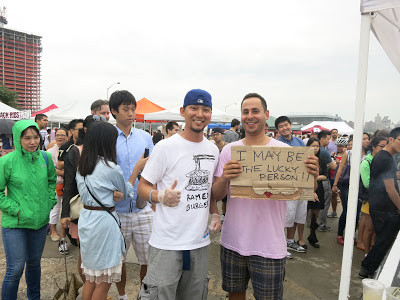 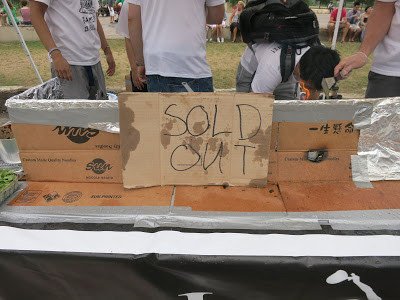 QUIZ: Get A Power From Slime Time By Choosing Your Favorite Meal!