Anime to air in October 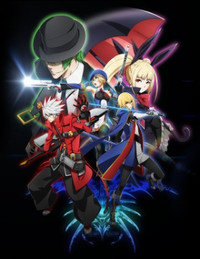 Following up on previous reports, the official site for the BlazBlue Alter Memory anime adaptation has posted the first trailer for the  anime with actual footage. The trailer also confirms singer Faylan’s opening theme “Blue Blaze” while the ending theme has been confirmed to be performed by Yuuki Aira  and is titled “Reincarnation Blue”.