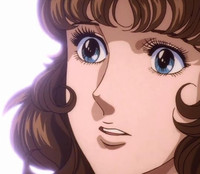 Anime Sols announced a new addition to its crowd-funded lineup on Sunday, with word that the site is now taking pledges for shoujo classic Dear Brother—AKA Oniisama E, based on the manga by The Rose of Versailles author Riyoko Ikeda.

The first episode is currently streaming on the Anime Sols website, and they're hoping to hit $13,000 by November 9 to fund the first 13-episode DVD set. The original manga was serialized in 1975 in the pages of Shueisha's shoujo magazine Margaret, and the anime series—which can also be seen on Hulu and Viki—ran for 39 episodes from 1991-1992.

Dear Brother follows the trials and tribulations of Nanako Misono, a young high school freshman who encounters plenty of drama at the exclusive all-girls Seiran School. She relays her struggles via letter to Takehiko Henmi, a young man who was previously her cram school teacher, and who Nanako refers to as "Oniisama" (brother).

FEATURE: Why You Should Be Watching "Yatterman" on Anime Sols