Otakon to Move to Washington, DC in 2017

One of the longest running, largest anime conventions in North America concluded its 20th event with major news about its future 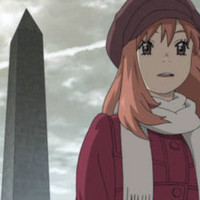 Otakon, one of the longest running, largest anime conventions in North America, concluded its 20th event with major news about its future. Starting in 2017, and for at least its next five year venue contract, Otakon will be moving from Baltimore to Washington, DC.

In their statement, Otakorp explained:

It is with mixed feelings that we announce that Otakon will relocate to Washington DC, beginning with our 2017 convention, for at least five years.

While Baltimore has been our quirky and well-loved home for most of Otakon's existence, and despite our good relationships with the City of Baltimore and the local community, our contract with the city expires in 2016, and we were forced to decide whether to remain or to move. After a lengthy process of evaluating several candidate cities (including Baltimore), we ultimately selected the Walter E. Washington Convention Center in Washington, DC.

The primary driver for this move is the state of the facilities in Baltimore and their uncertain future. The Baltimore Convention Center has not aged gracefully and there are proposals to replace both the BCC and the Arena over the next five years. Any upgrades would require at least a temporary move and would result in disruptive changes in our facilities regardless of the final outcome.

Of several alternatives considered, only Washington DC and Baltimore were considered viable, and both cities bid very competitively. Our focus has always been on delivering the best experience for our members at the best value to the organization. Both bids helped control costs in our largest expenses (facilities, tech, and labor), so we don't expect the move to be a major factor in our membership rates for the foreseeable future.

An evaluation committee delivered an analysis of the DC and Baltimore bids to the voting membership in June of 2013, and after considerable debate (and many expressions of regret) the voting members chose DC as the best option for our next contract period.

Despite our long ties to Baltimore, we are energized and excited for the possibilities afforded by the facilities in DC. As with any move, there will be challenges and a bit of a learning curve, but we view this as an opportunity. And we look forward to seeing the results of Baltimore's planned reinvestment -- with luck, we'll face another tough choice in a few years.