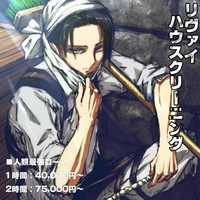 Shoujo manga magazine Aria (No. 6) is set to launch an Attack on Titan spin-off exploring Levi's path from criminal to soldier in the November issue, on sale September 28th. Nitroplus writer Gan Sunaaku, who's on the Levi and Erwin mini visual novel "A Choice With No Regrets" set to be packaged with the anime's third Blu-ray, teams up with Hikaru Suruga on the manga. 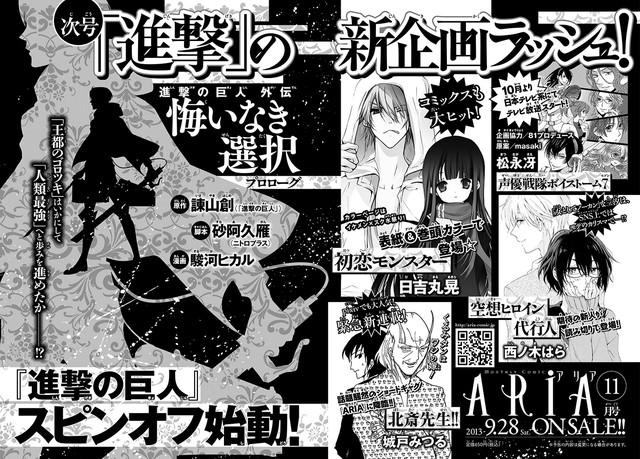