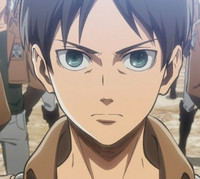 We haven't learned too much about the Attack on Titan 3DS game since it was announced, but thankfully Bessatsu Shonen came through with a few more tidbits on what to expect. According to the magazine, Attack on Titan will be a 3D action game that follows Eren's story.

Spike Chunsoft (Virtue's Last Reward, Conception) is handling the Attack on Titan game, which is due out for 3DS in Japan sometime this year.