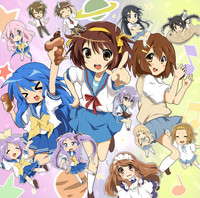 While there's plenty of variation in anime character design at any given time, there are also trends that emerge over the years. Today, artist miyoji tried to get past general notions of what's changed and examine the specifics. 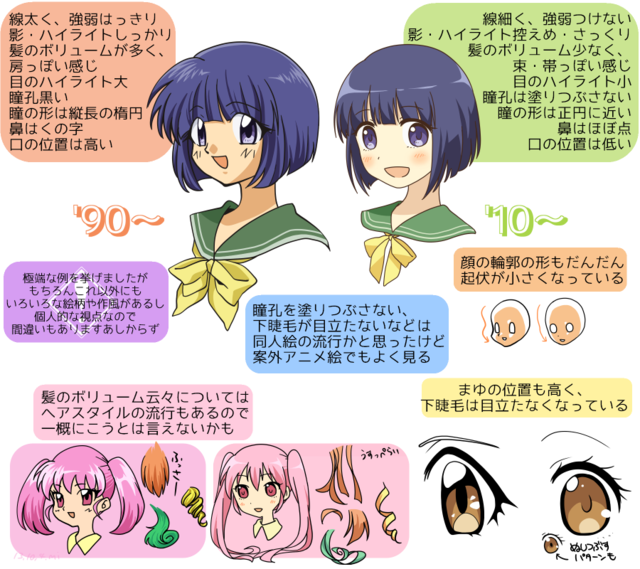 '90s - Orange bubble on left:
'00s -Green bubble:
Dark Pink bubble: Examples are exaggerated and there are many more styles and methods, This is strictly a personal point of view that is subject to mistake.

Blue bubble: I think that the style of not filling the pupil with black, along with less emphasis on lower lashes is influenced by dojin work, but it's often seen in anime, as well.

Orange bubble on right: The shape of the face is increasingly getting smaller with less bumps.
Yellow bubble: Eyebrows are placed higher and less emphasis on lower lashes.

Pink bubble: The hair styles are influenced by what's popular at the time, so they may not be be strictly a function of changes in anime.

Some older favorite guides along these lines...

K-on! through the decades 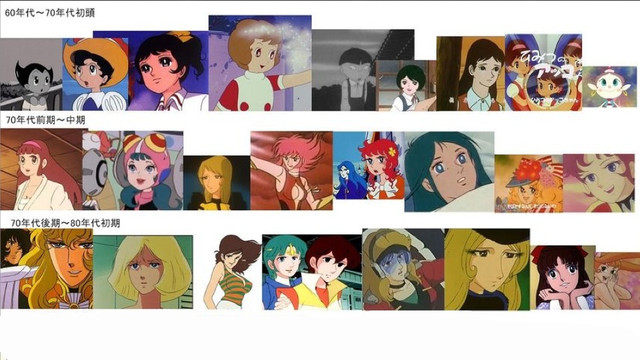 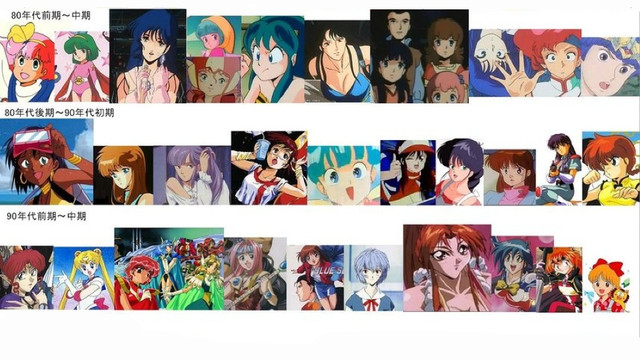 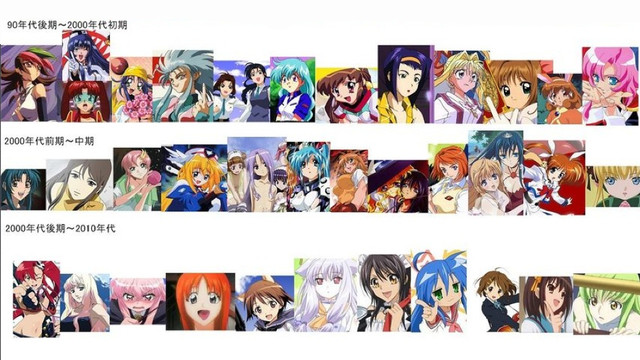