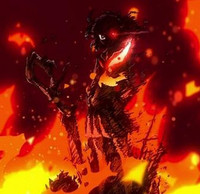 The new season of anime is upon us, and we've been digging into some of the latest shows here at Crunchyroll. We'd love to know what you're feelin' so far, as well as what else you're looking forward to, so let us know in the comments after you take some time to chill with us and reflect on the past week of CrunchyNews fun.

"Super Smash Bros." Spins Sonic the Hedgehog Back Into Its Roster

Crunchyroll to Stream "Beyond the Boundary" Anime

"Mighty No. 9" Funding Clears $4 Million, Zaps Through All Stretch Goals

Research: "Free!" was the Most Tweeted 2013 Summer TV Anime

Nintendo Wii Production is Coming to an End

Crunchyroll Adds "Strike the Blood" and "Nagi no Asukara" Anime

Crunchyroll to Stream “Wanna Be The Strongest in the World” & "I Couldn't Become a Hero, So I Reluctantly Decided to Get a Job" Anime

Crunchyroll to Stream "Hajime No Ippo: The Fighting! – Rising" Anime

"Mighty no. 9" Tests Its Unreal-Powered Engine in Short Clip

"Tales of Symphonia Chronicles" Gets an English-Subbed Trailer

Virtual Reality Application to Sleep Together with Hatsune Miku

Rival Characters in Action in Latest "J-Stars Victory Vs." Preview

A Final Look Back at "Attack on Titan" End Cards