Probably the first arrest case for that suspicion in Japan 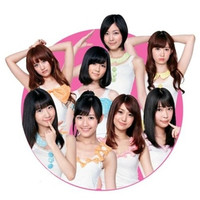 The suspect had worked for a shipping company as a part-time worker who delivered and packaged magazines since about 20 years ago, so he was able to check the latest magazines before release. He posted his cell-phone photo of the article about the AKB48 members from Bunsyun's February 7 issue on January 30, one day before the issue's official release day in Japan. The publishing company of the magazine, Bungeishunju, made a formal complaint to the Tokyo Metropolitan Police Department in August.

According to the division, the suspect says, "It was just out of mere curiosity. I wanted to share the news

with the AKB48 fans as early as possible. I had never thought I would be arrested. I posted a few more."

The police is investigating other related crimes by him.

Man Arrested for Uploading Toei's Heartcatch PreCure and ONE PIECE