Pop singer's father confirms her involvement on Twitter, then doesn't... 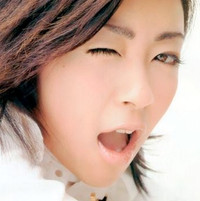 I apologize for what I said. I was little confused when asked whether we would be involved in Kingdom Hearts III. As of now it's undecided.

Kingdom Hearts III wouldn't feel right without a theme song by Japanese pop star Hikaru Utada, would it? Thankfully we now have confirmation of what was otherwise simply expected, since the singer's father, Teruzane Utada, gave a simple affirmative reply to a fan on Twitter.