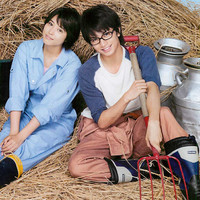 The second part of the anime adaptation of Hiromu Arakawa's popular manga Silver Spoon is planned for winter 2014, but after that, a live-action movie hits Japan in the spring with protagonist Yugo Hachiken played Kento Nakajima, a member of Johnny & Associates' boys idol group Sexy Zone, and Alice Hirose as Aki Mikage.

Get a look at the new teaser for the film, opening March 7th.

The film is directed by 38-year-old Keisuke Yoshida who had been working for the films by a famous cult director Shinya Tsukamoto (Tetsuo, Bullet Ballet, Nightmare Detective) as a lighting engineer for years and made his directorial debut with a high school girls drama film Namanatsu in 2006. It shot in Obihiro-city, Hokkaido this summer. 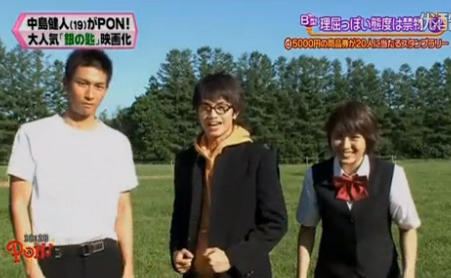 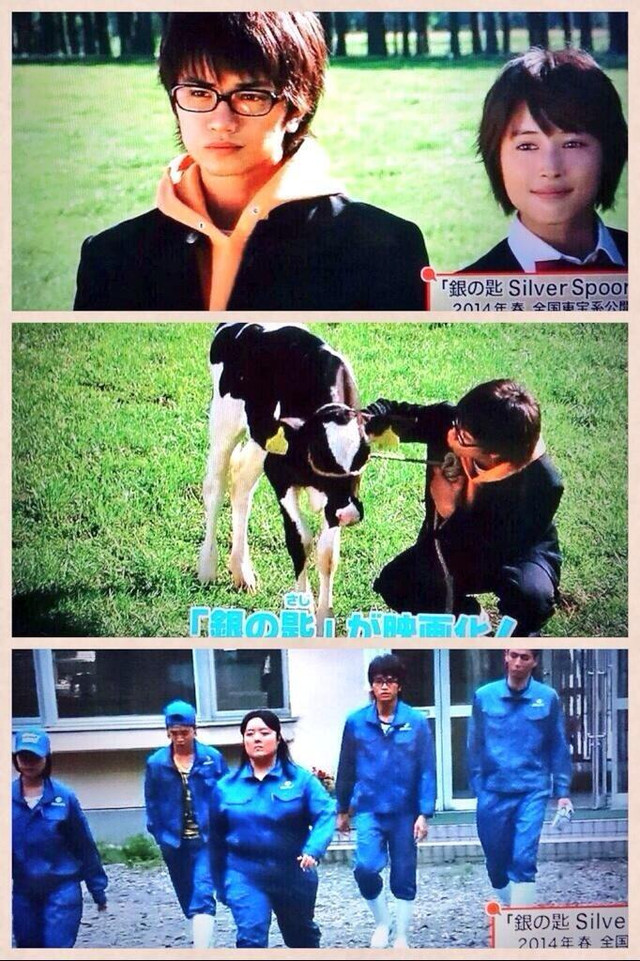 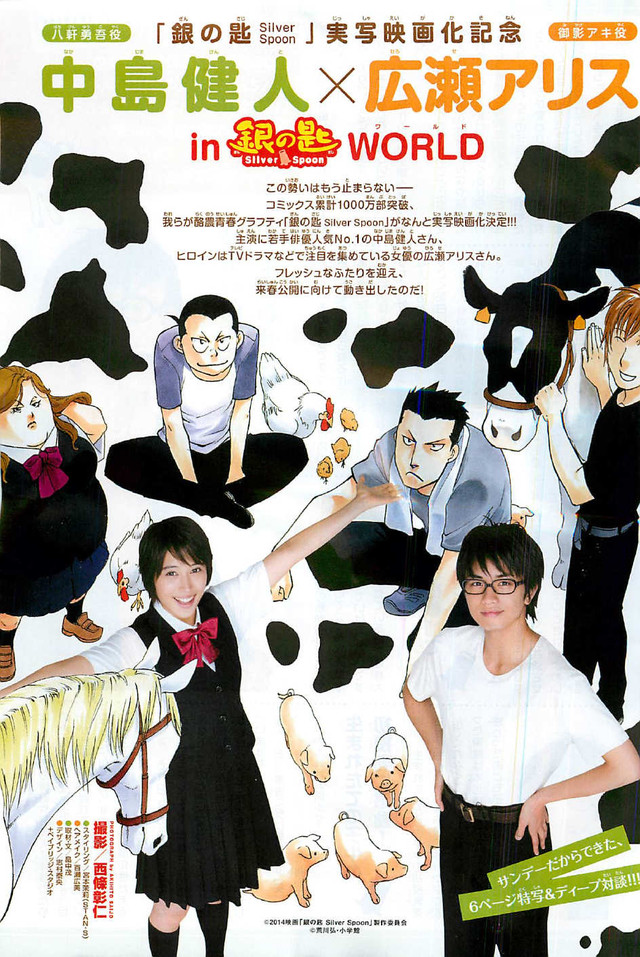 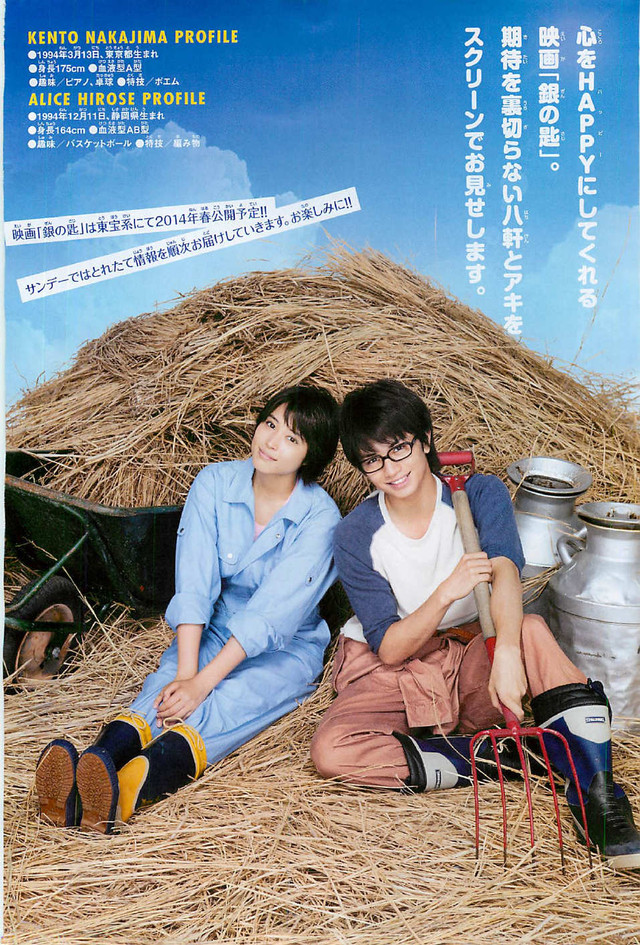 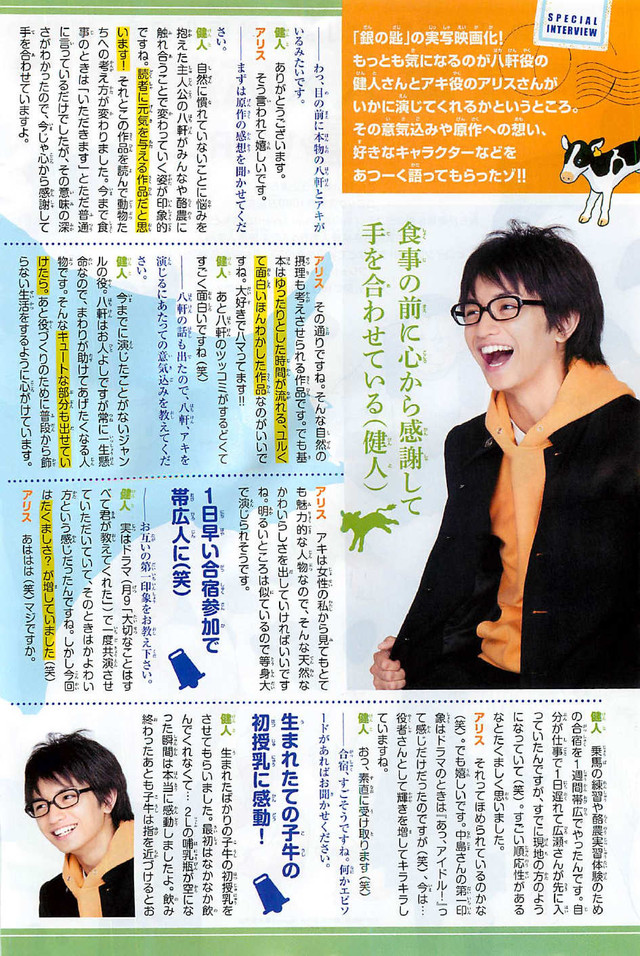