Studio Ghibli Co-Founder Not Entirely Sure of Hayao Miyazaki's Retirement

Isao Takahata acknowledges "he may mean what he's saying this time, but he can also change his mind" 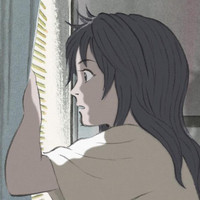 Hayao Miyazaki has been making overtures towards stepping back from making anime for decades. At one point 1995's Whisper of the Heart and 1997's Princess Mononoke looked like a baton being passed, leading into a swan song.

So, it's not just denial about losing that revered director causing some to second guess his September retirement announcement. Partner and Studio Ghibli co-founder Isao Takahata (Grave of Fireflies, Pom Poko) is one of the people who isn't too sure about what the future holds.

During a press conference, the subject of Miyazaki's retirement came up. Speaking about his sworn friend, Takahata acknowledged "he may mean what he's saying this time, but he can also change his mind."

When asked to elaborate on what he thought of Miyazaki's plans, Takahata kept his response neutral.

"I don't really have any feeling about his retirement... Since it's not like he left Ghibli, and nothing has changed. I shot this movie while staying away from the Ghibli home base and I don't have any responsibility when it comes to Ghibli."
When asked if Miyazaki had seen Princess Kaguya, which was to have been released along side Miyazaki's The Wind Rises in July before delay, Takahata said "Yes, I think possibly he did", but he is not planning to get Miyazaki's feedback."
via Yahoo Japan