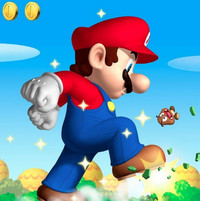 Japanese gaming mag Famitsu busted out some interesting info concerning the top 100 best-selling games in Japan from January 1, 2001 to September 29, 2013.

Unsurprisingly, Nintendo rules when it comes to the 21st century thus far, but there are some stipulations. The list doesn't include combined re-releases or downloads bought directly via PlayStation Network, eShop, or Xbox Live, but does include download cards sold and copies bundled with hardware.

Here's the top 20 below via NeoGAF. Be sure to hit up the link for the full list, because there are definitely some surprises there, along with further breakdowns by system.