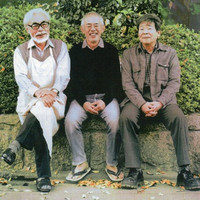 The official site for the upcoming documentary film Yume to Kyouki no Oukoku (The Kingdom of Dreams and Madness) posted a 15-second CM and the official trailer today. The documentary focuses on the acclaimed anime production company Studio Ghibli, and its directors Hayao Miyazaki and Isao Takahata with the producer Toshio Suzuki. It was filmed during the time of the production of Miyazaki's The Wind Rises and Takahata's upcoming Kaguya-hime no Monogatari.

The documentary is directed by Mami Sunada, who is famous for her 2011 documentary film Ending Note that focused on her dying father from cancer, and recently filmed the promotional video for Yumi Arai's "Hikoukigumo," which was used as the theme song for Miyazaki's The Wind Rises. Yume to Kyouki no Oukoku (The Kingdom of Dreams and Madness) hits Japanese theaters on November 16.

"The Kingdom of Dreams and Madness" trailer 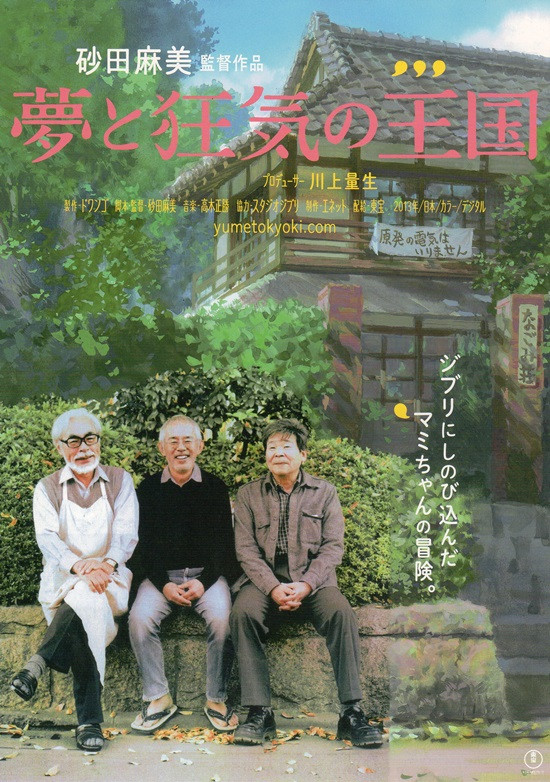 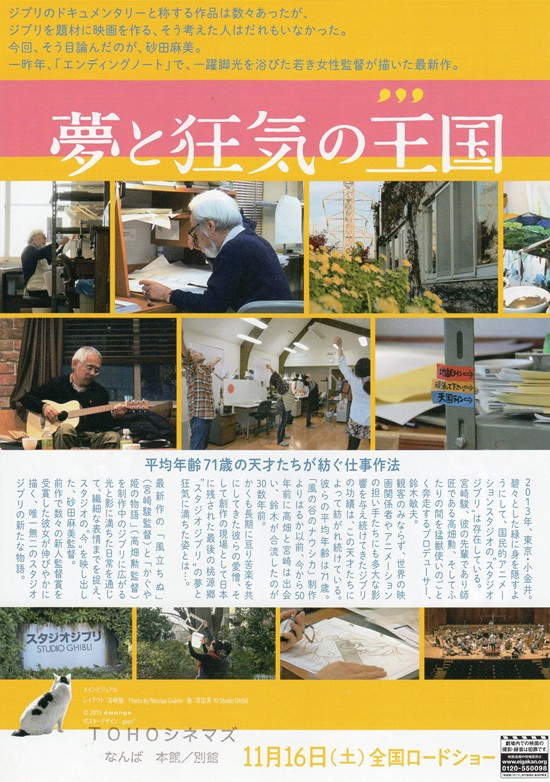