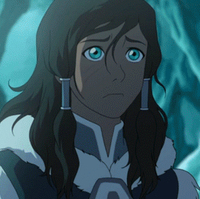 Nickelodeon's rapid wrap of Legend of Korra: Book 2 got a bit faster today. Episodes “Night of A Thousand Stars” and “Harmonic Convergence” were scheduled to air tonight at 8/7c on Nick. The network then promised fans that they'd offer the final two episodes online if they reblogged a message from voice actress Janet Varney 10,000 times. And the goal was quickly achieved.

Tonight's 1-hour #legendofkorra at 8pm/7c will be EPIC! Then we'll have those & the 1-hour finale on http://t.co/37sLOgiuIP at midnight EST!

"Legend of Korra" Moving to Digital