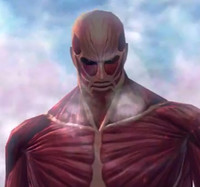 After setting up the story, the latest trailer for Spike Chunsoft's Attack on Titan: The Last Wings of Mankind action game heats up. Watch as some of the most memorable moments are relived in Story Mode, different classes of Titans are showcased, and a bit of the character creation and multiplayer makes an appearance.

As previously reported, different retailers will be offering their own goodies across Japan, and a DLC story featuring Levi will be available once the game launches on December 5.