"Anime Busience" covers the business of anime, other Japanese pop media and their global reach. 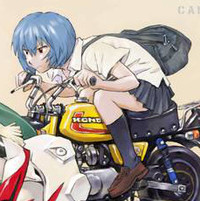 Evangelion original character designer and manga author Yoshiyuki Sadamoto is making a splash with his Akira tribute cover to the second issue of Anime Busience, a magazine concerning the business of anime, other Japanese pop media and their global reach.

A sample can be read (in Japanese) here. 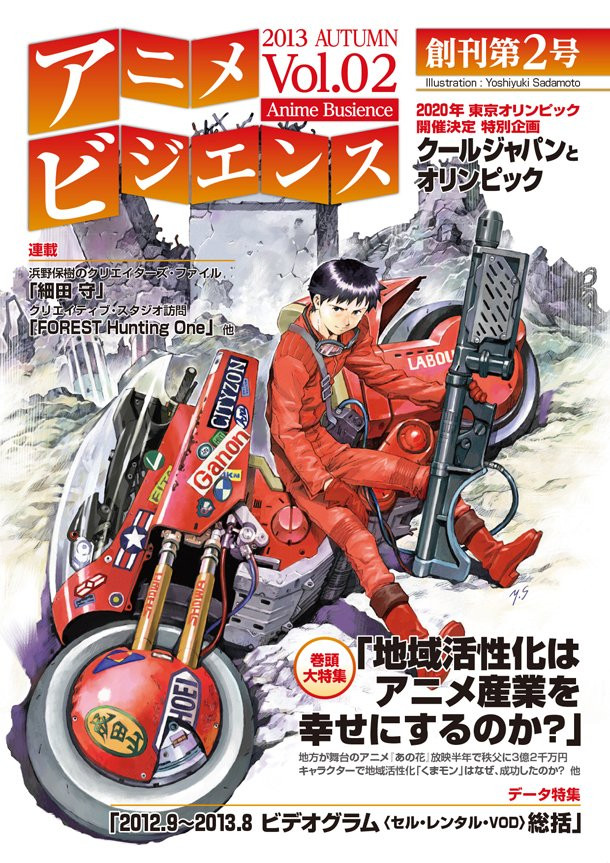 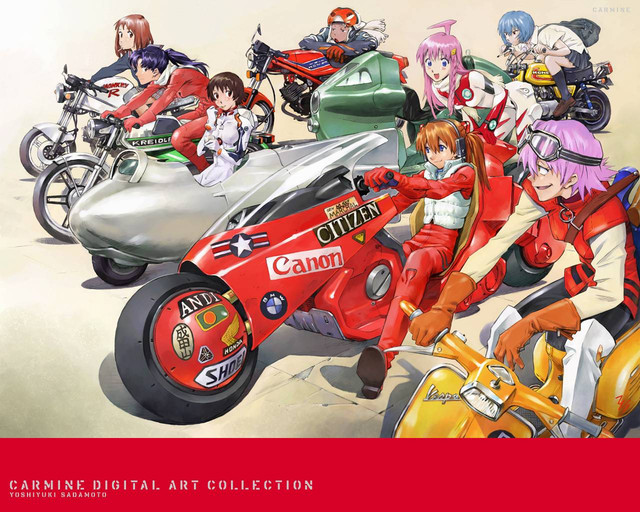