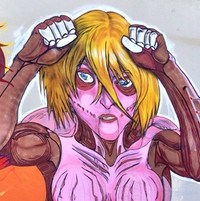 Misaki C. Kido—producer, editor, and interviewer formerly with Viz Media—posted some cool pictures of a recently completed Attack on Titan mural in Oakland, CA. She worked on the wall with all female artists, including Muse, who handled the Female Titan, and suficientnature, who did Mikasa Ackerman. 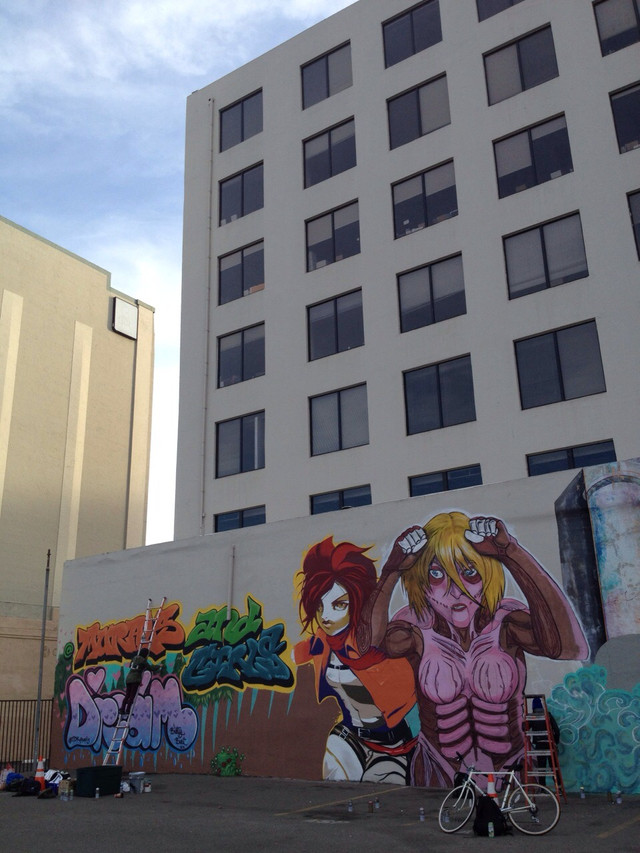 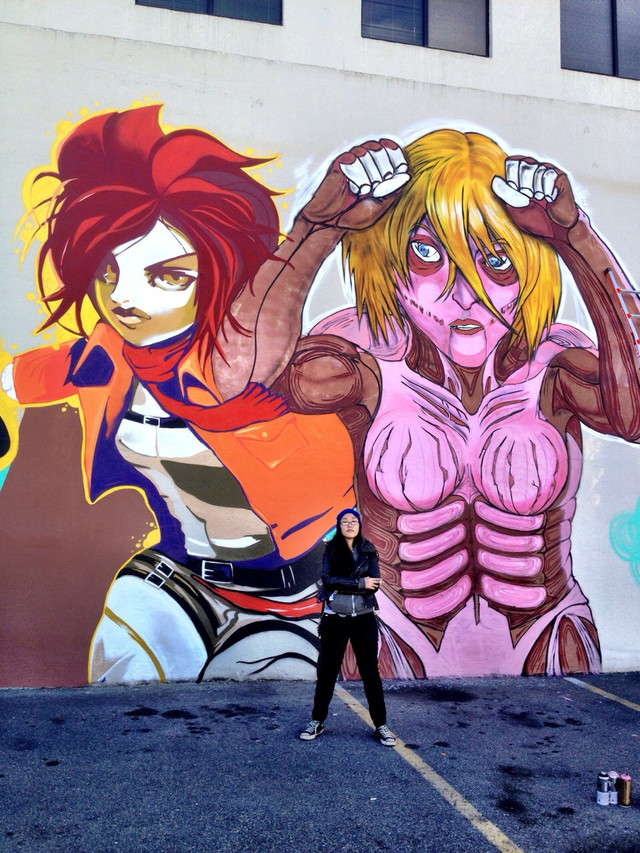 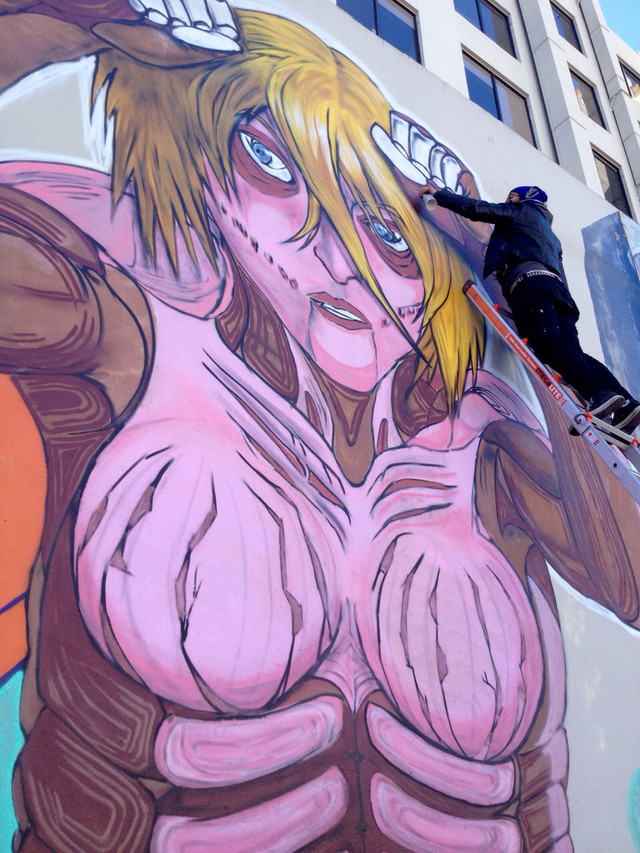 The wall's "Dream" and "Murals and Girls" graffiti comes from artists Binty Bint and Bjae, respectively. Be sure to head over to the blog post for more pictures of the wall!