PictureBox, Publisher of a Bold Assortment of Manga and More, to Shut Down on December 31 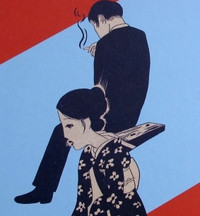 Sad news came earlier today when Dan Nadel of PictureBox announced that the publisher will be shutting its doors officially as of December 31. PictureBox put out a range of books and other products, including manga that most would never attempt to bring to English-speaking audiences.

Among PictureBox's many wonderfully printed releases were the likes of Osamu Tezuka's The Mysterious Underground Men—one of his early works, originally published in Osaka in 1948—Yuichi Yokoyama's Travel, and Gold Pollen and other stories, a collection of manga from avant-garde artist Seiichi Hayashi.

They even had the nerve to release one of the best nasty manga around, Takashi Nemoto's gleefully puerile Monster Men Bureiko Lullaby.

Other releases from around the world include Brian Chippendale's Ninja, Matthew Thurber's Infomaniacs, and many more. If there's anything you ever wanted to purchase from them, PictureBox is having a massive 50% off sale from now through January 2.