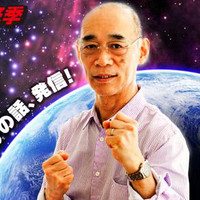 Yoshiyuki "Kill 'Em All" Tomino is at it again. The Gundam creator, known for his brutal treatment of anime characters and brutally honest opinions on the industry, addressed Attack on Titan in his online conversation/column.

While the elder statesman praised the way Attack on Titan creator Hajime Isayama drew from his experiences as a bullied child to create the oppressive titan onslaught, the crude style of illustration didn't do much for him. The depictions of violence did even less.

Tomino explained that he felt that Titan's violence and grotesque depictions are on the same level as pornography, making it difficult for him to read the manga or discuss the work.