"Knights of Sidonia" Anime To Stream on Netflix - UPDATED

So far, UK and Ireland have been confirmed 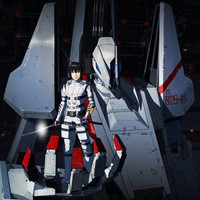 Another Irish report says the fully computer-animated anime will air across all Netflix (in Japanese with subtitles option or a dubbed option) in Summer 2014.

“Netflix has a huge base of anime fans and we are thrilled to be bringing exclusively for the first time them a first-run anime series, especially one as well-plotted, humorous and beautifully animated as Knights of Sidonia,” said Erik Barmack, VP, Independent Content at Netflix.

“We are ecstatic at the opportunity to run 'Knights of Sidonia' firstly and exclusively on Netflix.  This is an epochal deal, as we are able to deliver our beloved anime property to a wider audience in direct and timely fashion, than ever before,” said Shuzo John Shiota, CEO of Polygon.

The series, the manga of which is released in North America by Vertical, explores the the struggles and evolution of the inhabitants of a massive seed ship a millennium after gigantic aliens known as Gauna destroyed Earth's solar system.