VIDEO: "MapleStory 2" Introduces Itself with a Cinematic Trailer 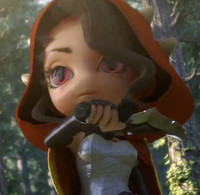 Announced last month, MapleStory 2 is preparing to continue the MMO action sometime next year. While there's no gameplay yet, you can see how things are looking so far in 3D in the cinematic trailer below.

In addition to the change from 2D, MapleStory 2 will feature a new gameplay system, and a beta test is set to kick off in early 2014.