VIDEO: Over An Hour Survey of the Doujin Games of Comiket 85 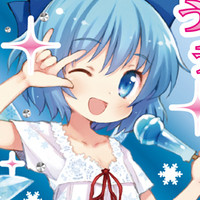 As the name would suggest, Comic Market, or Comiket, is focused on doujinshi manga. There's also plenty of indie doujin games, enough to fill a half hour preview of original games of Comiket 85, running at Tokyo Big Sight December 29-30, and an hour survey of doujin games in general, meaning lots inspired by the Touhou Project bullet hell shooter phenomenon.