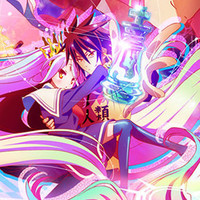 One of the five MG Bunko J adaptations announced in July, No Game, No Life by Yuu Kamiya (A Dark Rabbit has Seven Lives), follows a hikikomori team of brother and sister who the secret identity of a undefeated gamer. After writing off real life as a worthless "Kuso Game," they are summoned to an alternate world by a boy "God," who puts them into a conflict in which wars are decided by games.

Though there's a chance the broadcast date could change, the TV anime is currently planned for April. 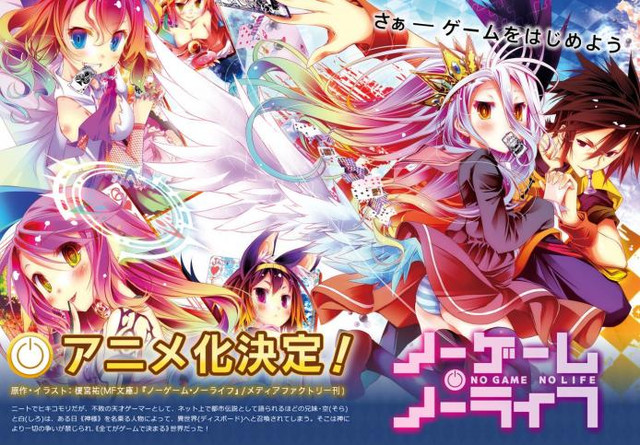 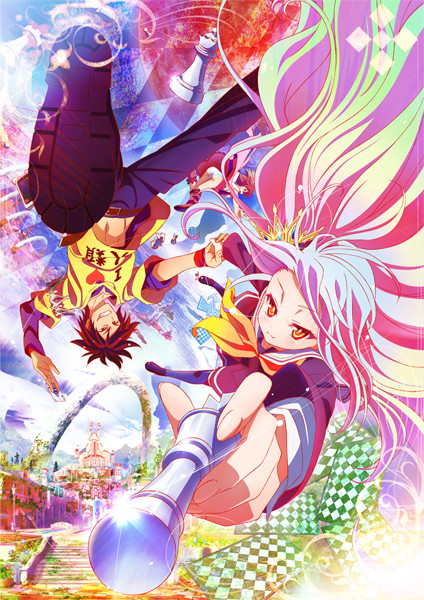 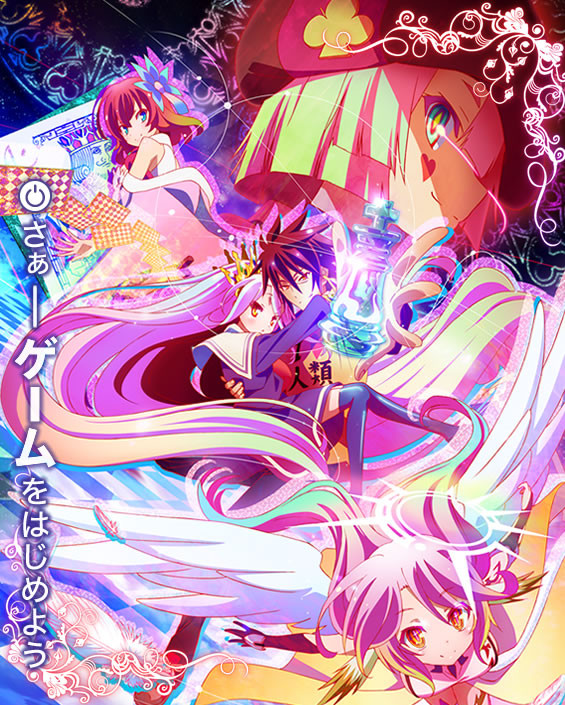