Unicorns and robots welcome the year of the horse 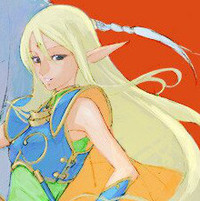 Here's a bit of a genre treat to kick off 2014. Character designer Nobuteru Yūki seems to be getting back into the habit of drawing Deedlit after working on material for the 25th anniversary of Lodoss War and Blu-ray release, and he's brought the high elf shaman back to welcome the year of the horse. 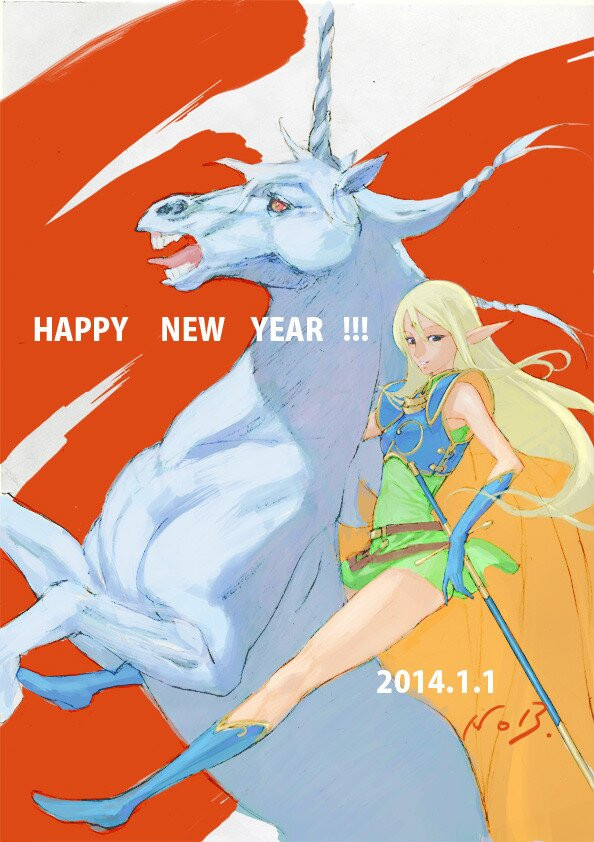 Director/animator/character designer/mech designer Masami Obari has been busy on Gundam Build Fighters, but has taken the time to off his own take the new year. 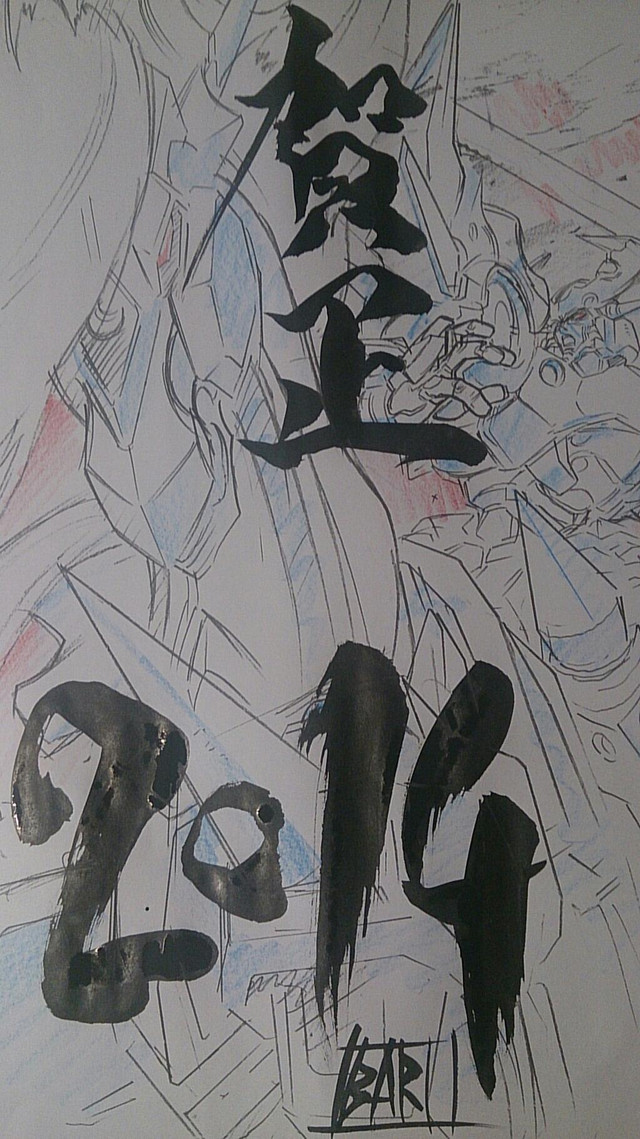