VIDEO: An Introduction to Sakuga: The Animation of Anime 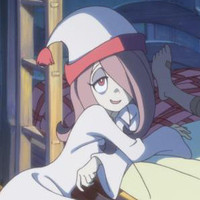 In 2013, Colin Groesbeck presented "Sakuga: The Animation of Anime," an update to his 2011 "That Scene was Awesome: Japan's Iron Animators (Sakuga Anime)." This must watch for those fascinated by the highlights of full motion animation in anime is now finally cleaned up and posted in its entirety.

Presenter Colin Groesbeck shows you a new way to appreciate the anime you watch.

This is the first part of "Sakuga: The Animation of Anime", presented at Anime Central (Chicago) 2013, a two-hour extended edition of our 2011 presentation. I will gradually upload the recordings as I produce them.

Presenter Sean Bires (that's me!) shows you how anime is made. For more detailed information on the topic, read: http://www.pelleas.net/aniTOP/index.p...

Turn the [CC] on. "Believe it or not, anime used to look something like Disney." Presenter Neil Clingerman lays out how Japanese animation got to look (and move) like anime.

Additional reading about the Tiger Mask in animation history: http://www.pelleas.net/aniTOP/index.p...

Apparently in some circles it's called "missile spam" or "Macross missile massacre", but rest assured that "Itano Circus" is its true name.

Presenter Sean Bires (that's me!) talks about the highly influential Japanese animator Mitsuo Iso, the "flagbearer of new realism". Much of this segment is based on the writing of Anipages' Ben Ettinger. You should look up his articles & translated interviews on Mitsuo Iso, e.g. http://www.pelleas.net/aniTOP/index.p...

Iso is my sakuga hero. The GitS and EoE battle scenes is the reason I studied 2D animation for a short while.

Presenter Sean Bires discusses an animation powerhouse at a creative midpoint of those who came before him.

Turn the subtitles on. Presenter Neil Clingerman covers the masters of cinematic realism.

We also wanted to show more of Okiura's effects animation (e.g. the chopper attack scene from Patlabor 2) but we cut it in the interest of time. We also decided it would be a bad idea to open the panel with his cut from Evangelion 3.33. As a director, Okiura's most recent film is the Ghibli-esque "A Letter to Momo", which is worth seeing for its absurdly precise character animation.

Presenter Sean Bires (that's me!), in his fluffiest piece, covers Tetsuya Takeuchi. In addition to Honey & Clover 7, he also soloed both "Yuri Seijin Naoko-san" OVAs incl. all of its key staff positions; lots of wonderful animation there.

In addition to covering a full-solo episode, I also wanted to showcase someone who doesn't specialize in, you know, sick fights and explosive effects (though he has certainly done both). Sakuga comes in all forms, including lower-key character animation & comedy animation.

Presenter Neil Clingerman on Kick-Heart's Masaaki Yuasa, one of the zaniest and most under-appreciated anime creators. His varied, global influences (and the unusually international teams he assembles for his works) vitalize the sometimes too-insular anime industry. Though he is a prolific director, this is a look at Yuasa the animator.

MAJOR CORRECTION: Bobby's Girl scene was done by Takashi Nakamura. BahiJD (another sakuga animator worth looking up!) did some original research for us and contacted Morimoto himself to confirm.

The conclusion in which I preach the sakuga gospel. Thanks for sticking with us through the whole presentation. The end scroller contains some titles & resources to check out.