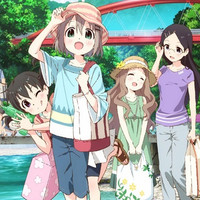 The official site of Hanno City Office, Saitama Prefecture, is now offering a free downlodable 2014 calender featuring the 2013 TV anime Yama no Susume/Encouragement of Climb. The story of the anime and the based manga created by Shiro is set in the 84,000 population city surrounded by mountains and rivers. Each page of the calender explains the story of the anime episodes and the popular places appeared in the manga and anime. You can download the 13-page calender's pdf file here (11.79 MB). And as reported, the second season of the TV anime is already in the works and is scheduled to be aired in summer 2014. 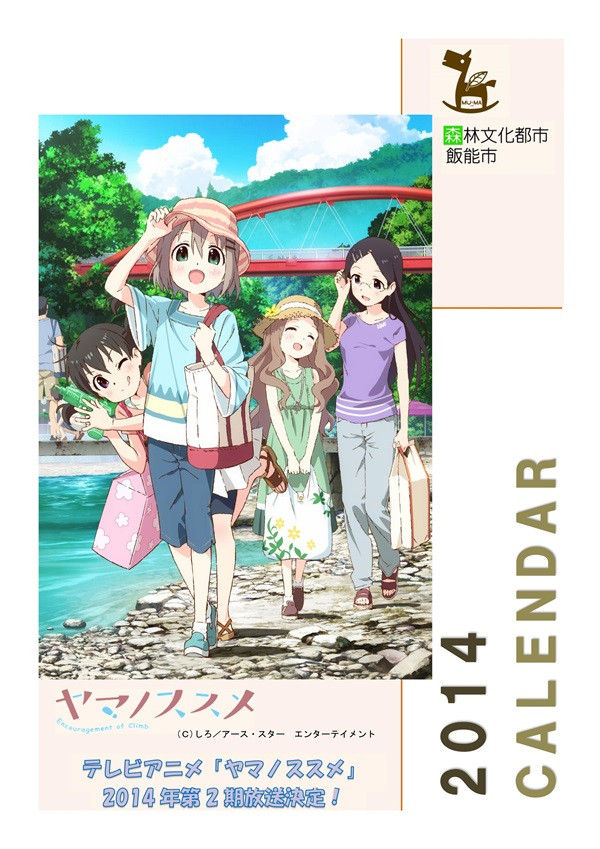 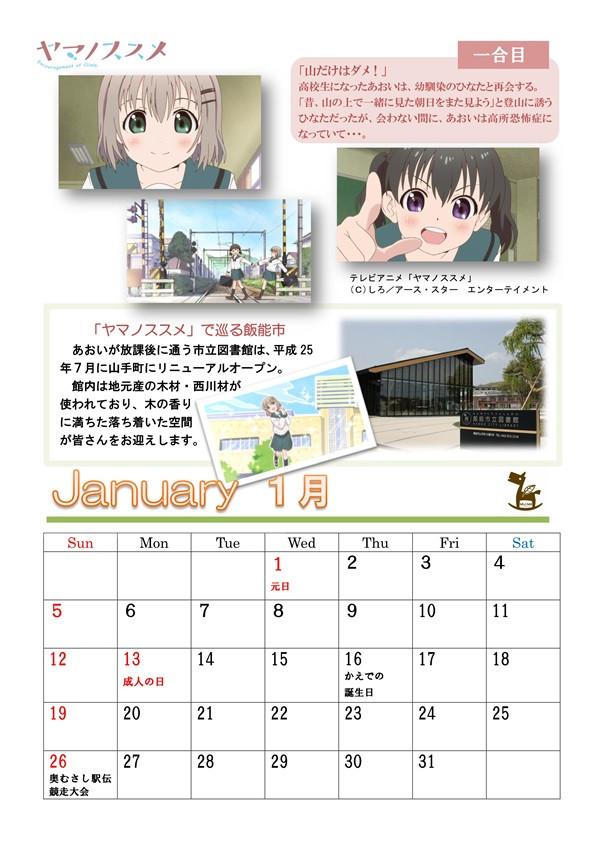 The January page introduces the 1st episode and the city library Aoi often goes after school.

Tags
yama no susume, encouragement of climb
« Previous Post
Bishonen Fitness App Preparing To Call You a Fattie in English
Next Post »
VIDEO: "Witch and the Hundred Knight" Shows Off More Gameplay
Other Top News
10 Comments
Sort by: