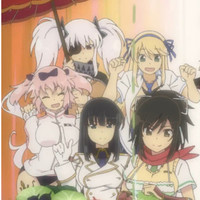 Busty ninja franchise Senran Kagura takes a bit of a Cooking Mama detour this March in Dekamori Senran Kagura. The PS Vita game is described as a "hyper big breasts cooking rhythm game," in which the ninja school girls prepare meals to 22 songs, and where losing the competition means losing some clothing.