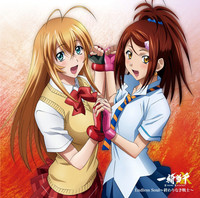 Get pumped for a new season of full frontal fights busting out between student bodies in warfare! Round four of the titillating action epic delivers double the ditz when the master of school uniform disasters gets a disciple! Word of a tournament gets around, and Hakufu's ready to rumble. But training a pupil is tiring work—and catching some random ZZZs puts a delay on her dreams of combat conquest. When a sinister force sabotages the rival schools into submission, the warriors' fates reveal themselves in gravity-defying fisticuffs. Can Hakufu muscle her way to victory and save her friends from repeating their fatal past? Only the power of the dragons can tell! 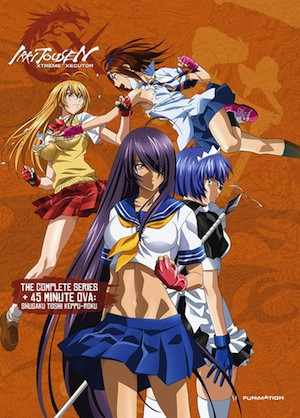