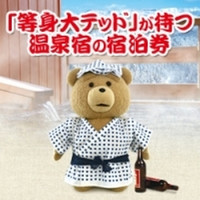 Entertainment industry journal Variety looked at Japan's box office results for 2013 and declared "Japanese films thumped Hollywood." The top spot was predictably taken by Hayao Miyazaki's swan song, The Wind Rises. Cuteness and Pixar's strong brand propelled Monster's University to second place. Then, cuteness and vulgarity made Ted a phenomenon. After that, the Japanese top 10 was was native films.

Most of that was family anime movies, with the live action representative being  Hirokazu Koreeda’s Like Father, Like Son as $30 million hit at number eight. The drama about two boys switched at birth that got a boost from its Jury Prize win at the 2013 Cannes fest.

According to Variety, Japan is now the world’s third largest theatrical market after North America and China.