VIDEO: Sheryl Nome Seminar is Back for "Macross Frontier the Movie 30th d Shudisuta b Box" 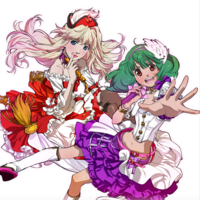 You might have gotten used to hearing Aya Endo as Komugi in Hunter x Hunter, but he's now blown her noses and reprised the role of Galaxy Angel Sheryl Nomes in an SD seminar promoting "Macross Frontier the Movie 30th d Shudisuta b Box."

The 3-disc boxset of the Macross Frontier movies, complete with English subtitles, will be released May 15th.  This is the first official English subtitles for new Macross animation in 18 years (Macross Plus).

The box set will include 3 discs: