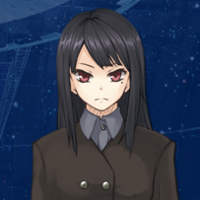 Not even a week has passed following the announcement of the Steam Greenlight campaign for WORLD END ECONOMiCA and the game is now Greenlit by Steam for future distribution on the service. In addition to the future release, Sekai Project have also answered questions regarding the release and have decided on the following:

With the above under consideration, it looks like Sekai Project and Spicy Tails are really aiming for a well-done release for the game, which is always commendable. Congratulations to Sekai Project for yet another successful Greenlight campaign,