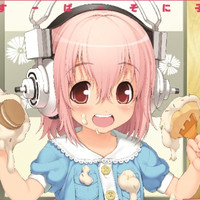 Apparently, Super Sonico's headphone have always been permanently affixed to her head, and she's always been a sloppy eater of strawberry cake. These fundamentals (recently seen in some NSFW mousepads)  have been reenforced by Wing's upcoming Child Version figure, which character designer Tsuji Santa has just previewed.

The final version will be pre-painted, but as the prototype demonstrates, the figure will have standing and sitting legs as well as moveable arms. 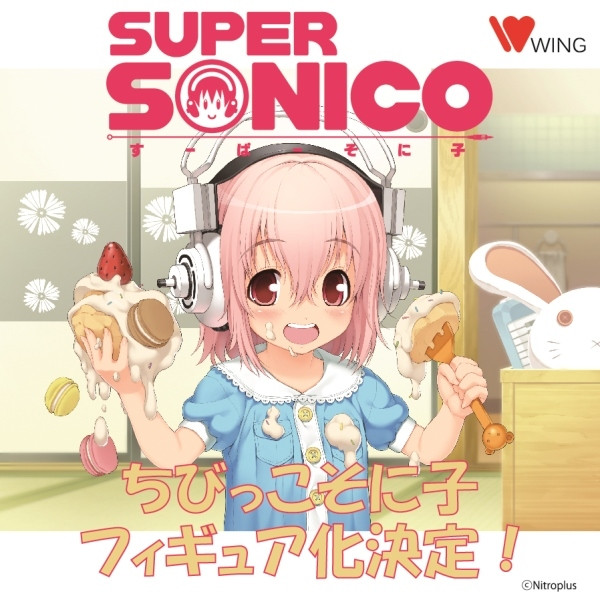 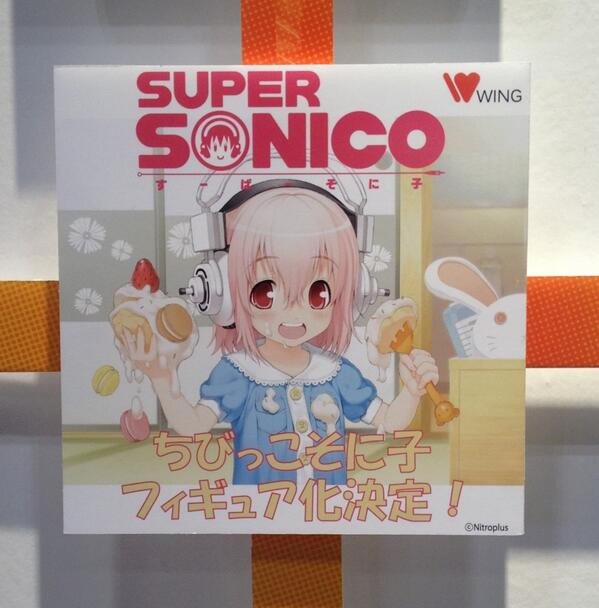 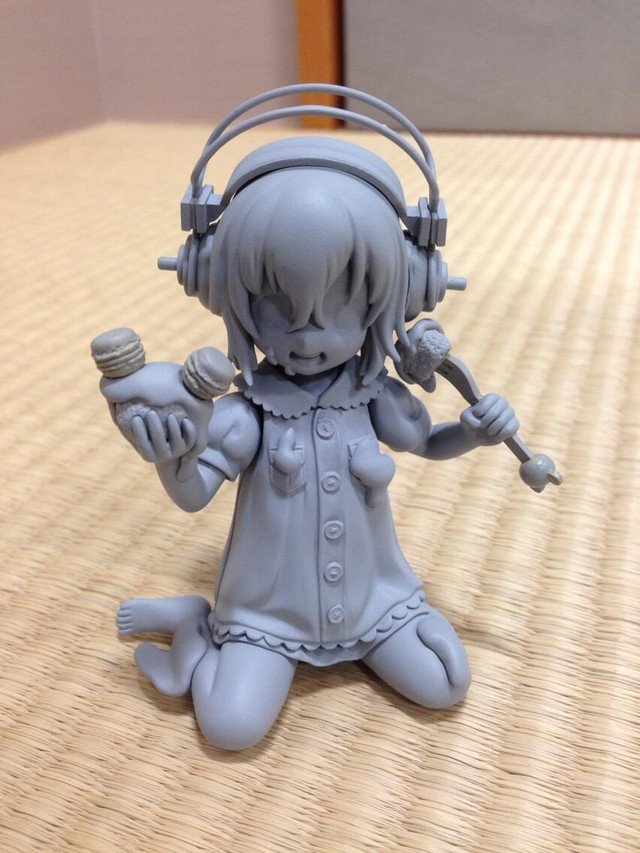 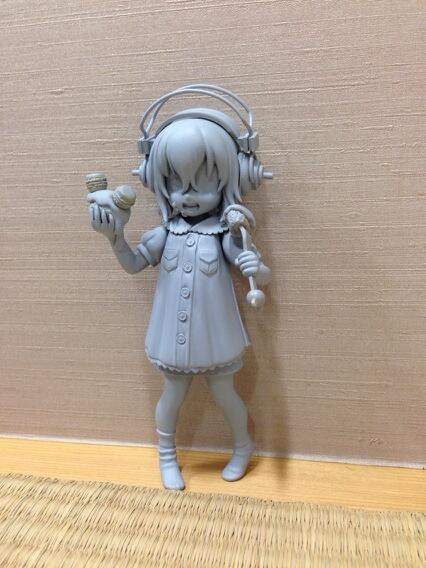 And again, the headphone don't come off

:( RT @braket: oh so that's what happens pic.twitter.com/YqlWC8hMqO" I'm almost sad to find this out.