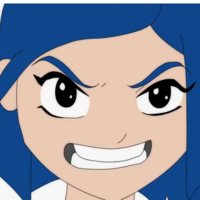 Get a look below

Animation Domination High-Def is a block of cartoons that air every Saturday on FOX at 11PM/10c and all over the Internet all the time.