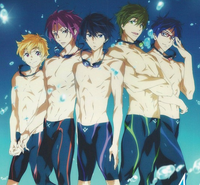 See you next summer! Sexy summer swimming anime Free! just had its official talk event in Japan and announced the anime second season in the evening session. Early reports are also saying that even the cast was surprised by the announcement since no announcement was made during the day session. Although the timing of the broadcast has not been confirmed, it's good enough for fans around the world to get excited about the return of the swimming boys! Let's see some event reports found on the internet. 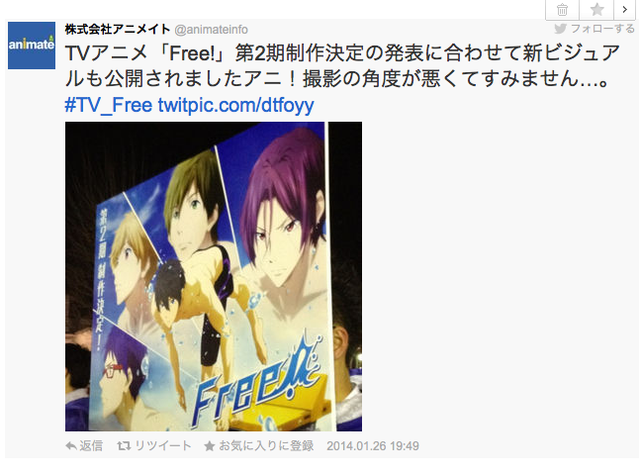 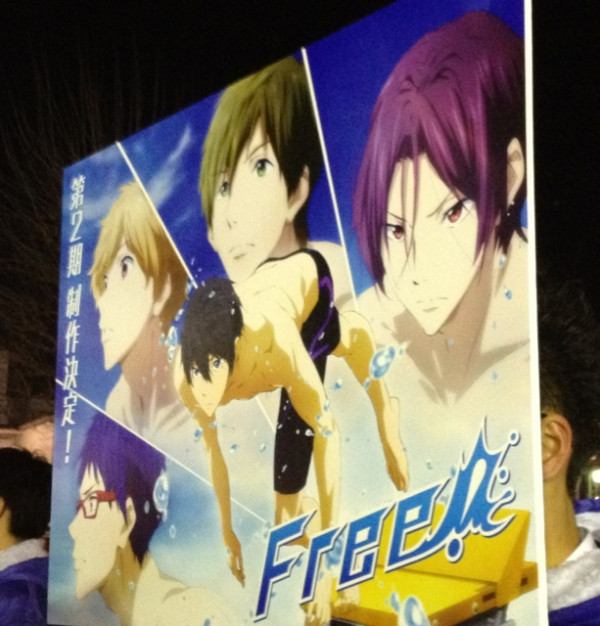 The new second season main visual was on display at the event after the announcement above. 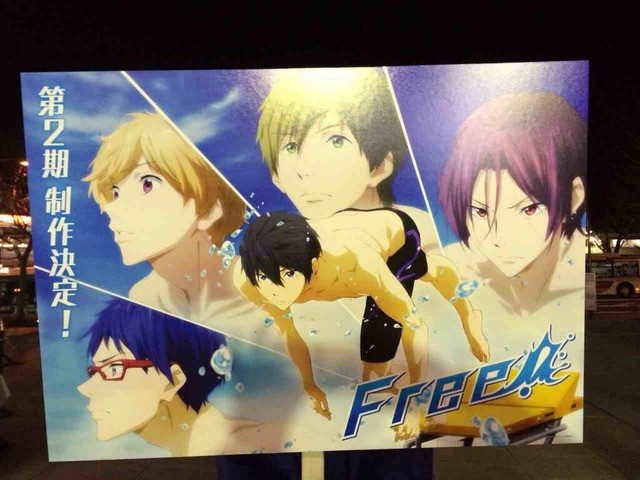 According to many reports, even the cast did not know about the second season announcement and it excited Tatsuhisa Suzuki, the voice of Makoto and also the singer of OLDCODEX, who then spontaneously decided to sing along to the Rage On intrumental that was playing in the backgorund after the announcement, turning the talk event into a live concert! 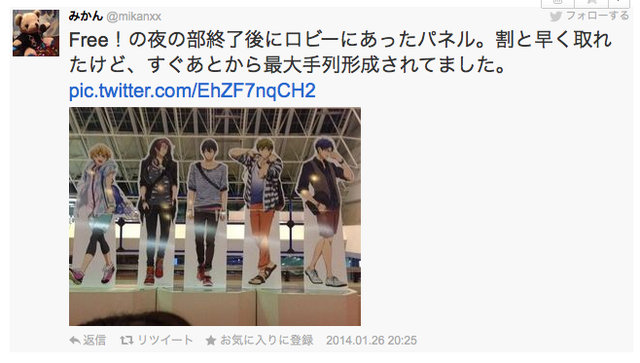 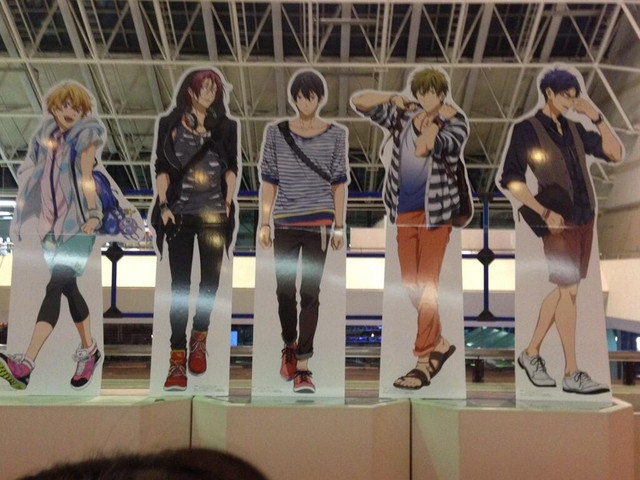 Large character panels were set up after the event for fans to take photos at the venue as you see above. 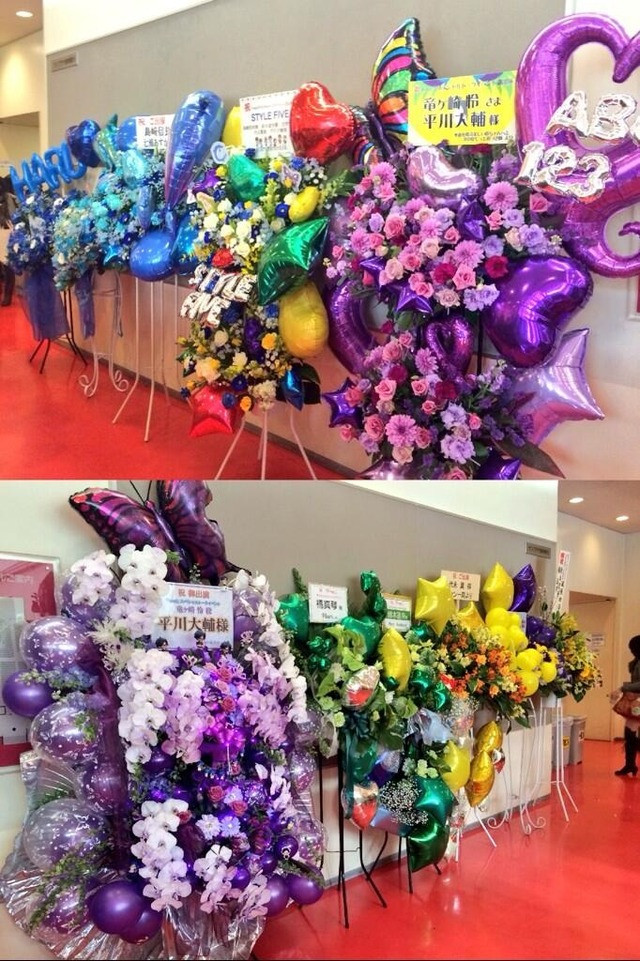 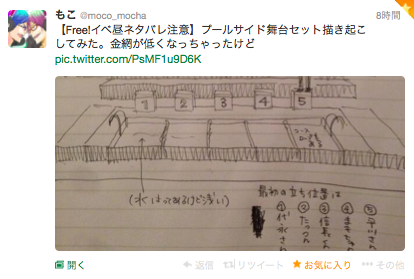 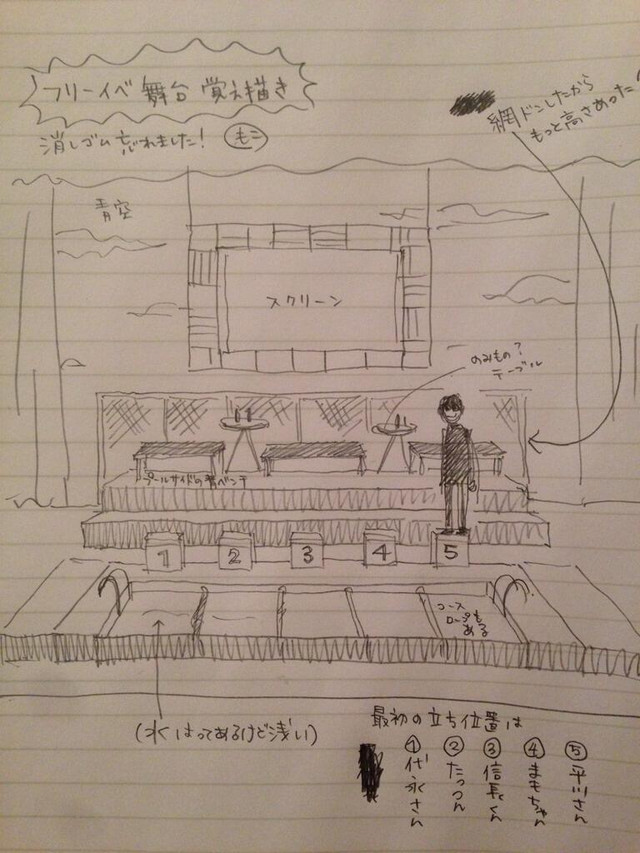 @moco_mocha drew the event stage set up and posted on Twitter for many fans who could not attend the event. The stage recreated the Iwatobi High School swimming pool with shallow water in front, then the bench for the cast in front of the fence and the wall screen. Special video messages from the missing cast members were shown during the event, from Kouki Miyata (voice of Aiichiro Nitori ) for the day session and Keniro Tsuda (voice of Seijuro Mikoshiba) for the evening session. 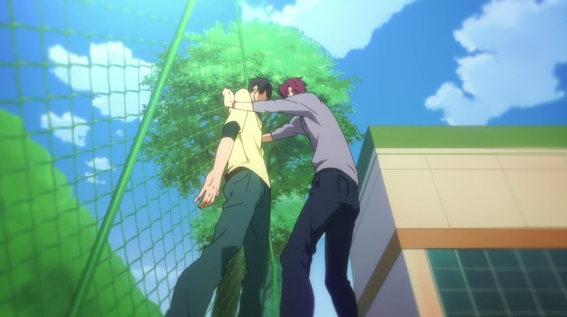 Notice there is a fence on stage! Many report that during the day session, Mamoru and Nobunaga reenacted this famous scene and made fans go crazy. During the evening session, they did the same thing but this time they actually fell down together because Nobunaga leaned againt the fence too hard, almost reenacting the fight scene from the last episode as some fans pointed out.

@hi_tohru illustrated the cast outfits at the event with their respective characters. 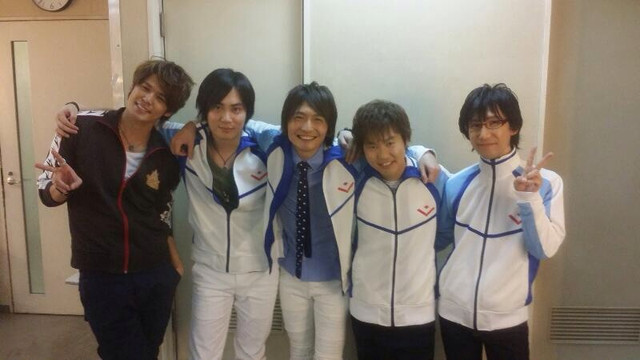 Nobunaga Shimazaki, the voice actor for Haruka and known Makoto enthusiast posted the above photo of the Free! cast in their character's respective track jackets after the announcement. From left, Mamoru Miyano (Voice of Rin), Tatsuhisa Suzuki (voice of Makoto), Shimazaki, Tsubasa Yonaga (voice of Nagisa) and Daisuke Hirakawa (voice of Rei). 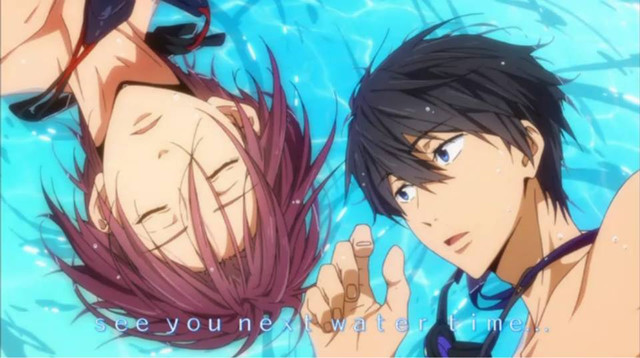 Nobunaga is fully clothed in the photo that he posted after the event, but he was also said to be in swimming trunks at the event and was picked up princess-style by Mamoru as a part of live voice acting on stage, performed as an after story of the episode 2 end card from the TV series which was written by director Utsumi. The story goes, Haruka and Rin made a bet when they were younger that the one who grew taller will pick up the shorter one princess style and run 100 meters. It doesn't make sense but it is very very cute, thank you very much. 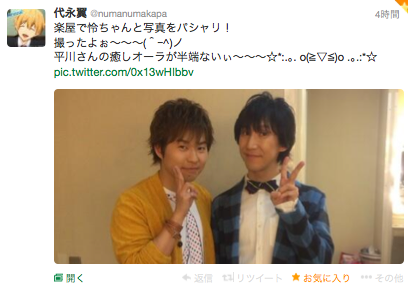 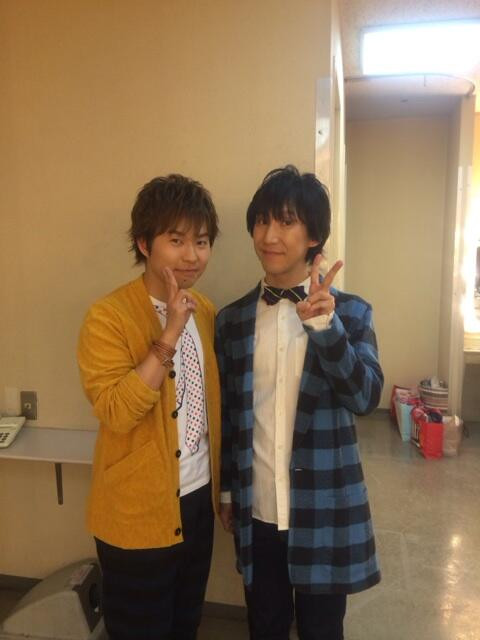 Tsubasa posted this photo of him with Daisuke from the back stage, notice both are in the image color of their respective characters. 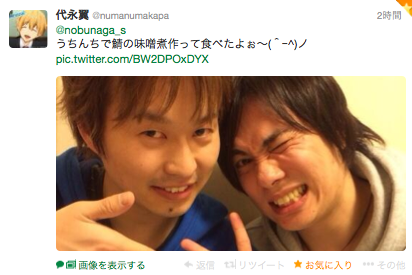 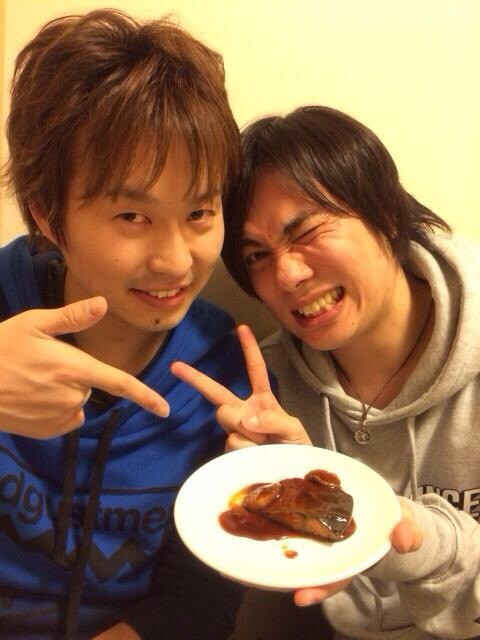 Whether this happened after the event or not is not confirmed, Tsubasa also tweeted above photo to Nobunaga saying that he made Miso Mackerel at home with Tatsuhisa.